As an all boys secondary school in the Edmund Rice tradition, C.B.S. Charleville aspires to the intellectual, moral, spiritual, physical and social formation of all members of our school community. We seek to inspire our students to reach their potential, to foster integrity, inclusivity and a spirit of service for the greater glory of God. 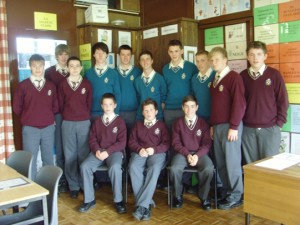 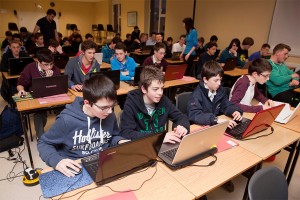 Codebro’s is a computer coding club that is delivered free of charge to the students of C.B.S Secondary School Charleville. The initiative began as a result of our students participating in this years B.T. Young Scientist Awards in Dublin. The three science projects submitted by our students to B.T. centred on the creation of App’s in the area of Nutrition, Education and Creative Works. Due to the constraints of time and the lack of skills required to build these App’s the students, with renewed enthusiasm, returned to school determined to acquire the skill of computer coding, the foundation of App, game and website design.

CodeBro’s was founded in February, a coding club were teachers, parents and students work together to learn the skill of computer coding.  The mentors / tutors are past pupils of the school who are highly skilled in the area of computer coding. The mentors give generously of their time on a voluntary basis. A number of mentors bring with them the support of the companies they work with namely, Kerry Group Charleville and A.C.I. Payments Systems, Limerick. CodeBro’s would like to thank the mentors and their respective companies for their generosity, support, time and encouragement without them the initiative would not have been possible. Recently, the club received an Arduino Robot Kit from past pupil, Barry Dennehy who works at RS Components. This will provide the students with the opportunity to explore the hardware side of computing and compliment their learned computer coding skills. CodeBro’s would like to thank Barry for his generosity and the opportunity given to our students to advance in the area of computer coding.